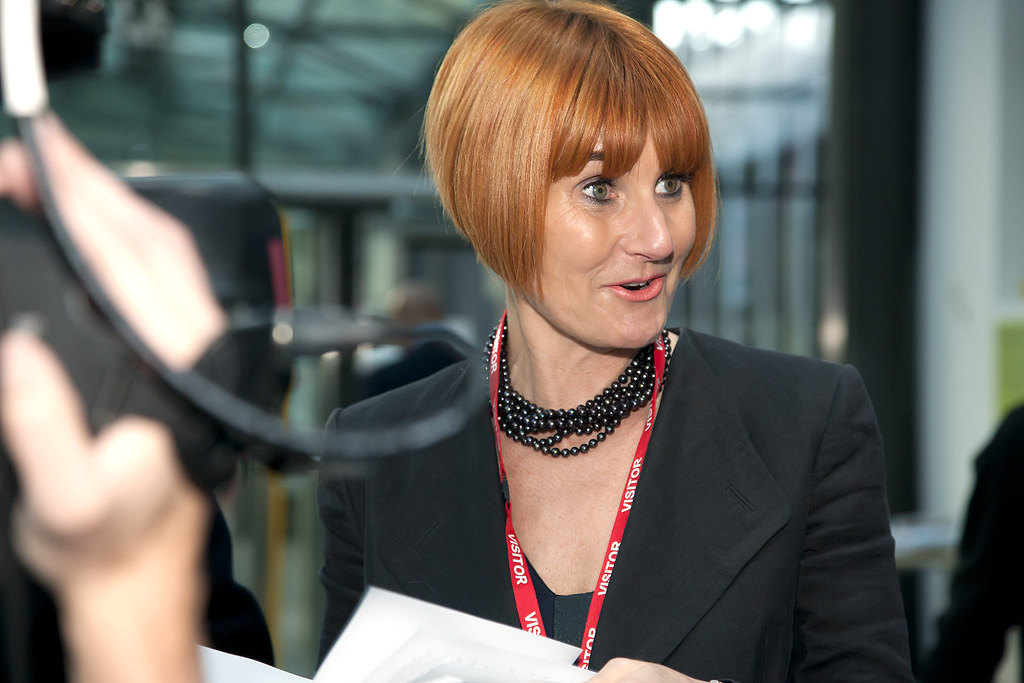 Mary Portas, founder of the Portas Agency, or even better known as the creator of Save the Children’s ‘Mary’s Living and Giving Shops‘ made a confession at Anthropy.

Back in the 1990s, she says, there was the idea that fashion and designer labels would “somehow transform” women into the people they dreamt of being. Her job at the time was to create campaigns to make people buy the “ultimate, must-have bags”, launched exclusively at Harvey Nichols.

She was amazing at it. “The campaign really worked, I was really pleased,” she said, during her talk on consumerism to consciousness at Anthropy. “I should’ve stopped and shuddered, but I didn’t.

“I was the creative director of a consumer machine that convinced people to spend money they didn’t have.”

She then told the audience: “Thirty years on, I shudder. I admit to you all, I was wrong. And today the story we need to tell, and I’m telling you, is completely different.”

Mary said she was no longer an unconscious part of a machine of consumerism. “I am part of a more conscious movement, of people and businesses who want to create new systems and stories of buying and selling.”

As the co-chair of the Better Business Act, Mary said business is one of the major societal structures that can create real concrete change for the future.

“I had a penny dropping moment,” she said. “I looked at the internal business culture and the external systems we, as a society, were working to: the measures of success being endless vertical growth and profit.”

Instead, says Mary, of businesses profiting from “creating problems from people in our planet”, we need to flip that and create profitable solutions.

“There is a growing movement of people who want better in business,” she says.

The Better Business Act has an ambitious goal to shift all businesses to be responsible for people, society and the environment, alongside their responsibility to shareholders.

“We want a small but fundamental change to company law: right now, businesses legally responsible to shareholders,” explains Mary. “Our mission is to do this: to change UK law to make sure every single company in UK, whether big or small, puts balancing people, profit and planet at the heart of their purpose and responsibility of their directors. It’s a small but profound and potentially revolutionary shift.”

Smiley News is a media partner at Anthropy.