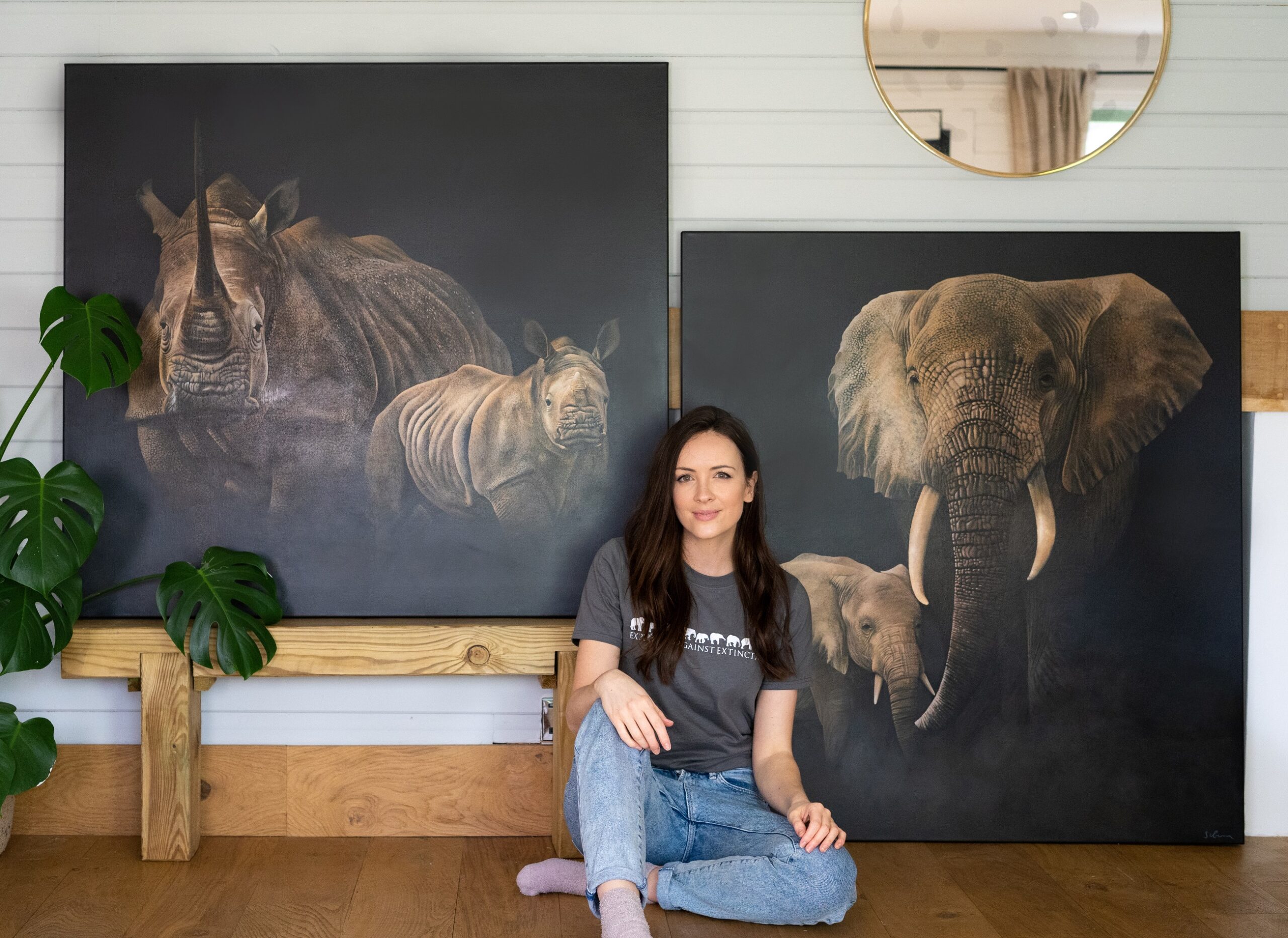 Sophie Green is an artist on a mission for good. From being mute until the age of seven, to going on and travelling the world taking photos of endangered creatures, she’s been on one hell of a journey.

The 30-year-old conservationist, who has won awards for her work as well as run exhibitions that raise funds for conservation projects, spent much of her childhood years outside and immersed in nature.

Now, her artwork provides a window into another eco-system – connecting people with wildlife from all over the world, while also drawing attention to the plight of species at the hands of climate change.

Most recently, she staged an exhibition highlighting the peril of the most endangered animals on the planet, with sales of her artwork funding vital conservation work.

“I paint animals to save animals,” said the Surrey-born former primary school teacher, who lives and works in East Sussex. “It’s my hope to make a difference in the world of conservation and use my art to make a positive impact on the world.”

Since turning professional, Sophie has donated more than 10% of her income to wildlife and conservation charities worldwide, as well as setting up her own project fund that will support vital conservation work.

“Animals and the natural world have always been close to my heart,” she says. “It was never a choice to become a wildlife artist and conservationist, it came completely naturally.

“Animals don’t have a voice and are not responsible for any of the struggles that they face due to human encroachment, climate change, poaching. It is a no-brainer for me, that as many people as possible should be trying to make a difference for the voiceless.”

Sophie enjoyed art for fun – but it wasn’t until she left school that she started painted animals. She was in her mid-20s when she decided to turn this into a career. “Often I’ll visit countries, take photos of wildlife, and use my own photos to create an idea of what I want to paint,” she says.

Impact is hugely important for Sophie. “When I started out, I vividly remember saying I want to be an artist and give 10% to animal charities,” she continues. “I remember everyone saying I wasn’t going to make enough money to live off, but I was adamant. I wasn’t going to do it if not for a greater purpose.”

Sophie has since supported general animal charities, such as the RSPCA and Dogs Trust, as well as those that are more conservation and wildlife focused. Now, at the end of the year, she works out her annual profits and donates a chunk to charities.

She also donates her work to charity auctions – where more than $24,000 has gone to wildlife conservation charities including the Jane Goodall Institute and Tusk.

Most recently, Sophie has worked to set up her own project fund to support her charity donations. “Whenever I would do a show or sale, I would donate to a charity and I realised that essentially, once the money had left me, I didn’t have any idea where it was going, which animals were being impacted – I thought it would be amazing if I could know where that money went,” she says.

Now, instead of giving to a charity, she sources selected projects from different charities she knows and trusts, where she’ll maintain that connection with them and ask how it’s going and how the donations are helping.

One project, for example, works to safeguard snow leopards and track them to see the effects of climate change on their habitat. Another is focused on “room to roam”, where they’re creating more room in African countries for elephants to roam alongside communities. Sophie is also supporting projects such as restoring seagrass, which is responsible for capturing carbon, around the UK.

Once she helps the organisation reach its target, she’ll replace it with a different project in need of support. “My hope is to make it an ongoing thing, always a project fund on the go,” she says.

Sophie adds: “I absolutely love what I do. I’m very grateful that, moving forward, my art is what is making a difference.”

This article aligns with the UN SDG Climate Action and Life on Land.