The shoe made from carbon emissions 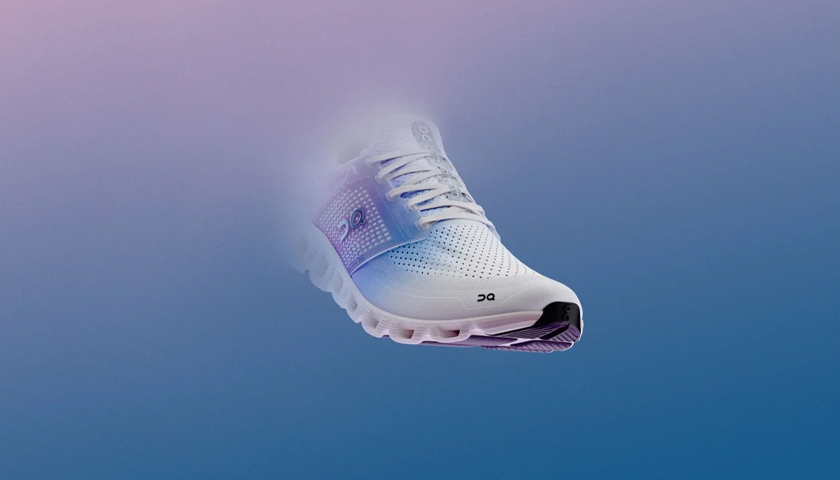 And many of them are – because more seem to be committing to green climate pledges, supporting charities through their profits, and aligning with the goals that aim to make our world a happier and healthier place to live.

So each week, we highlight the ones doing their bit.

Bank with Lloyds? (Yep, us too). Well, the Lloyds Banking Group announced it would stop funding new oil and gas projects. And it’s the first major UK bank to commit to this.

In a statement, Lloyds said: “We will not provide financing to new clients in the oil and gas sector unless it is for viable projects into renewable energies and transition technologies, and clients have credible transition plans.” Good stuff.

Did you hear people were shopping preloved on their commute? Network Rail teamed up with Shelter and gave them free space for pop-up boutique charity shops to encourage more people to shop secondhand.

Charity shops don’t have big marketing budgets, and often need more opportunities to showcase their pre-loved fashion. So, they’re targeting commuters. By attracting hundreds of people to each pop-up, it allows Shelter to introduce Shelter shops to new customers and gets the conversation started around sustainability.

3. The shoe made from carbon emissions

Yes, you read that right. Swiss sports brand On has created the first shoe made from carbon emissions, called Cloudprime. They made a new foam material called CleanCloud™, which was formulated using carbon emissions as a raw material.

Apparently, On is the first company in the footwear industry to explore carbon emissions as a primary raw material for a shoe’s midsole, specifically EVA (ethylene vinyl acetate) foam. So that’s a big thumbs up from us.

This article aligns with the UN SDG Responsible Consumption and Production.