The UK’s first feminist city – and the woman behind it 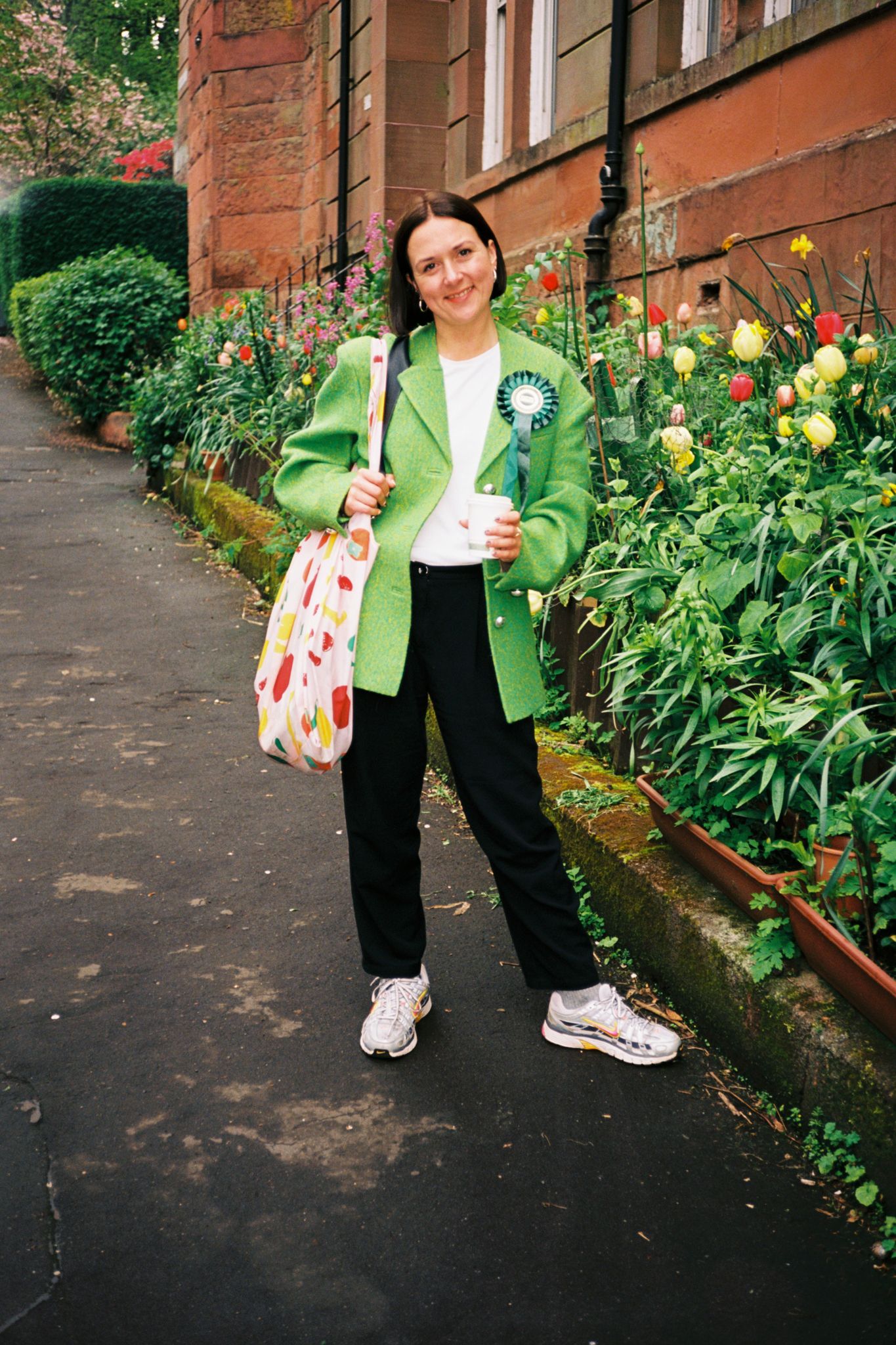 “Like all good stories, it started with a book in lockdown,” explains Councillor Holly Bruce, of Scotland’s Green Party.

Holly is a councillor for Glasgow City Council, one who is taking the UK by storm as she puts a feminist lens on one thing you thought it would never matter for; city planning.

The book in question was Feminist City: Claiming Space in a Man-Made World by Leslie Kern, and it would go on to inspire Holly to confront some of the problems that are physically built into our cities.

In the book, Leslie Kern discusses the ways cities and towns are most often planned by cis, straight, white, able-bodied men who don’t see many of the issues that might be present for others. While the term ‘feminist urbanism’, often attached to this brand of inclusive city planning, suggests a female-centric approach, it isn’t as simple as that.

The book tackles issues for not just women, but people of marginalised genders and sexualities, people of colour, people with disabilities and much more. Tackling cities from this perspective includes considerations such as how pavements aren’t designed with wheelchairs or pushchairs in mind, or how a lack of adequate lighting, particularly in winter months, restricts women, people of colour, and LGBTQIA+ people from moving freely at night.

The book inspired Holly to act and, when the opportunity rose to join a leadership programme in Glasgow for young women under 30, she jumped at the chance.

“What I’ve started is more of a policy shift and a structural shift and will change how we decide how our cities are built or adapted,” explains Holly, of the steps that will follow the decision. “And the cultural change is a whole other conversation.”

Though the motion was unanimously backed by Glasgow City Council, movement will be slow to start; beginning with shifts in data collection and policies, before real physical, structural changes are able to be implemented.

“It’s about how we design our spaces, but it’s also just including women every step of the way,” adds Holly, who is determined to include the women of Glasgow in her decision-making. Rather than making the decisions based on what she believes marginalised people need, Holly’s approach includes letting people decide what is important to them.

Though the project has only just begun, the foreseeable future will be spent polling the people of Glasgow to learn more about what they want, and need, from their city.

“It’s a very good question, but I don’t know the answer to this, because the whole point in the motion is, is to consult with women, all different types of women,” said Holly, when asked what her ideal ‘feminist Glasgow’ will look like.

“Because I am obviously able-bodied. And if I don’t understand the needs of disabled and Black and ethnic minority groups, I don’t speak for them. So the whole point is, whenever we’re making planning decisions, that we adequately consult and look at the data.”

Part of the Green party, one of Holly’s main priorities is, of course, making the city more eco-friendly, but also the impact that that will have on the mental and physical wellbeing of everyone living in Glasgow. Studies have shown that walking around in nature, even just in your local park, is super important for your health – but for many marginalised people, as soon as winter hits and sunset comes earlier in the day, a solitary stroll in your local park is no longer an option.

“There’s also a lot projects that I’m looking at but one of the one of the things I really want to see is making our parks more accessible,” explains Holly, who struggles with this issue herself. “So specific lighting solutions … making the parks more open and accessible in the evenings, I think would be amazing.

“Also, another issue is public toilets. That came up during the pandemic when a lot of the shops were shut, but even before that people on low incomes can’t just go to a cafe buy coffee and go to the toilet.”

At the heart of this new venture, lies safety and equity. By putting minorities at the forefront of city planning, Councillor Holly Bruce is doing her best to make sure that Glasgow is a city that is safe and accessible for everyone, regardless of who they are.

This article aligns with the UN SDG Gender Equality.