These two friends created paint banks to give back 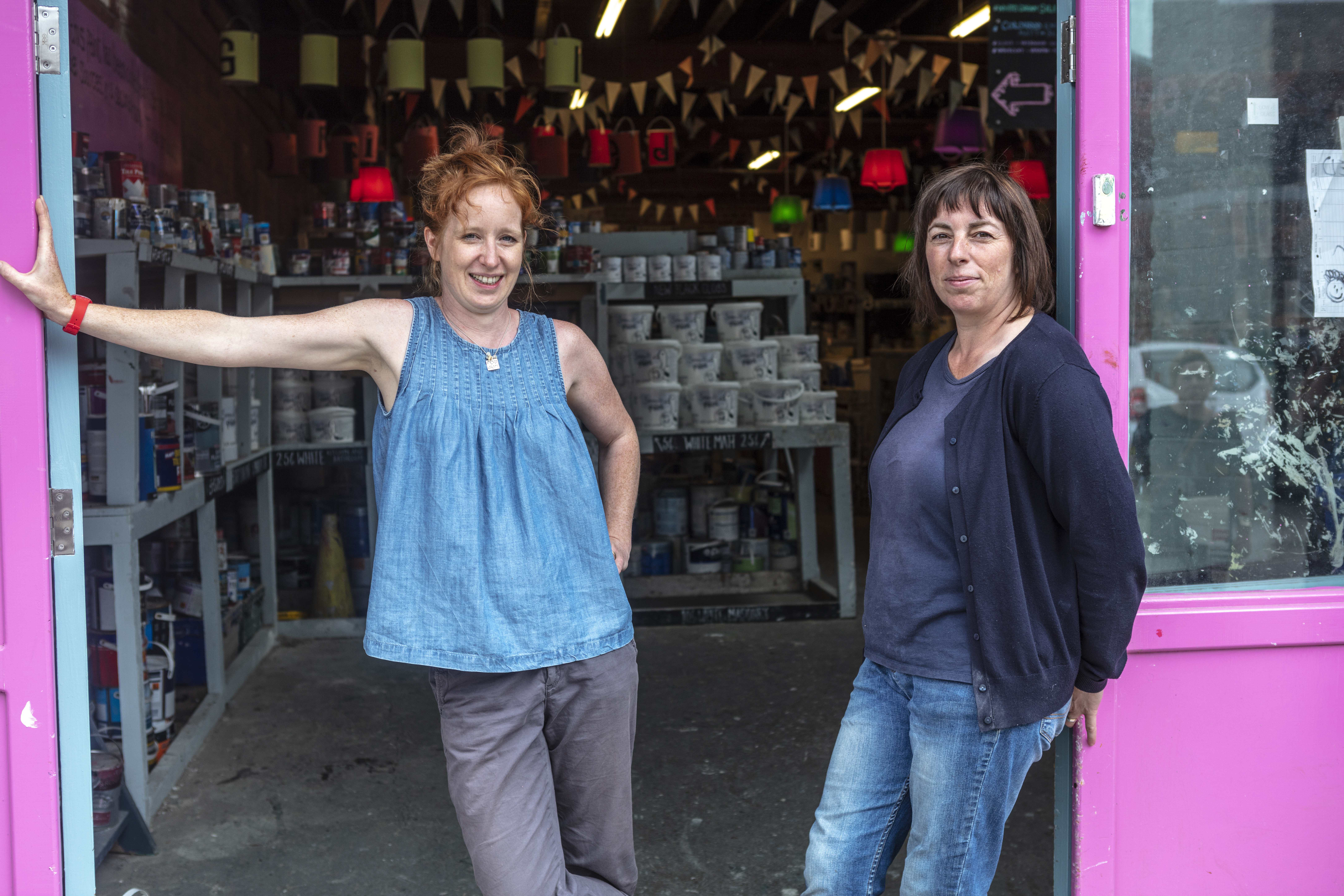 “There’s a lot of unused paint out there that could be put to good use.”

Nearly 100 million gallons of paint is wasted each year. Not only that, but leftover paint is considered hazardous waste because it contains chemicals that can harm human health and the environment. If paint ends up in a landfill, it can leak hard metals and toxic chemicals into the surrounding soil and water sources.

And that’s how Cat Hyde and Kate Moree’s blossoming passion for the planet really started making a difference.

The pair, from Leeds, met in 2000. Knowing their values aligned, they wanted to do something to give back: to recycle, to create jobs for themselves and others in need, and to treasure our environment. “One man’s rubbish is another’s gold, we felt,” Cat tells Smiley News.

The pair spent time talking to the council waste department, and looking at how they could help, when someone suggested they recycle paint. “We thought, why not?” says Cat, 43. “The rest is history.” Seagulls Reuse was born.

Cat and Kate have paint banks: big shipping containers on council sites across Leeds, where people can go with their paint to dispose of, rather than chucking it in the general waste bin.

Bad paint is paint that simply has been sat around for too long – it may change composition, or get bits in it, says Cat. It’s unusable. If the paint is bad, it’s disposed of in the right way and the tins are correctly recycled.

If it’s good, they remix it and reblend it with other similar paints, then put the full tins on their shelves – for a fraction of the price you’d find in a shop. For example, says Cat, if you were to buy 2.5L of emulsion, it’ll be just over a fiver. In shops, you could pay up to £80.

“We’ve diverted 4 million litres of paint away from landfill since we started,” Cat tells me. “This would’ve caused 11.4 million tonnes of carbon – and you would need to plant 68 million trees to offset that amount of carbon.”

To make it a success, the pair knew they needed to make it as easy as possible for people to buy it. “We needed to give people what they wanted,” says Cat, “so we learned how to blend and mix paint together to make certain colours – we do all that by eye with our expert team.”

“We both volunteered when we were setting it up,” says Cat. “Historically, our team is made up of people who come and volunteer, come from open prison on day release, or perhaps they’re socially isolated. It could be someone who has been long-term unemployed, or lives with poor mental health.”

Ultimately, as a social enterprise, they want to support those from minority backgrounds. “Any profits we make goe straight back into our volunteer programme and social aims,” says Cat.

“We get a lot of customers,” says Cat, “and all our business has been built on word of mouth. We’d love to take it further afield.”

So what can you do? If you live nearby, donate paint. If you want to know more, get in touch. “The more people talking about paint the better,” says Cat, “it’s such a waste of a really valuable, useful resource.”

This article aligns with the UN SDG Responsible Consumption and Production.