We’re ‘UGLI’ and we work to end bullying 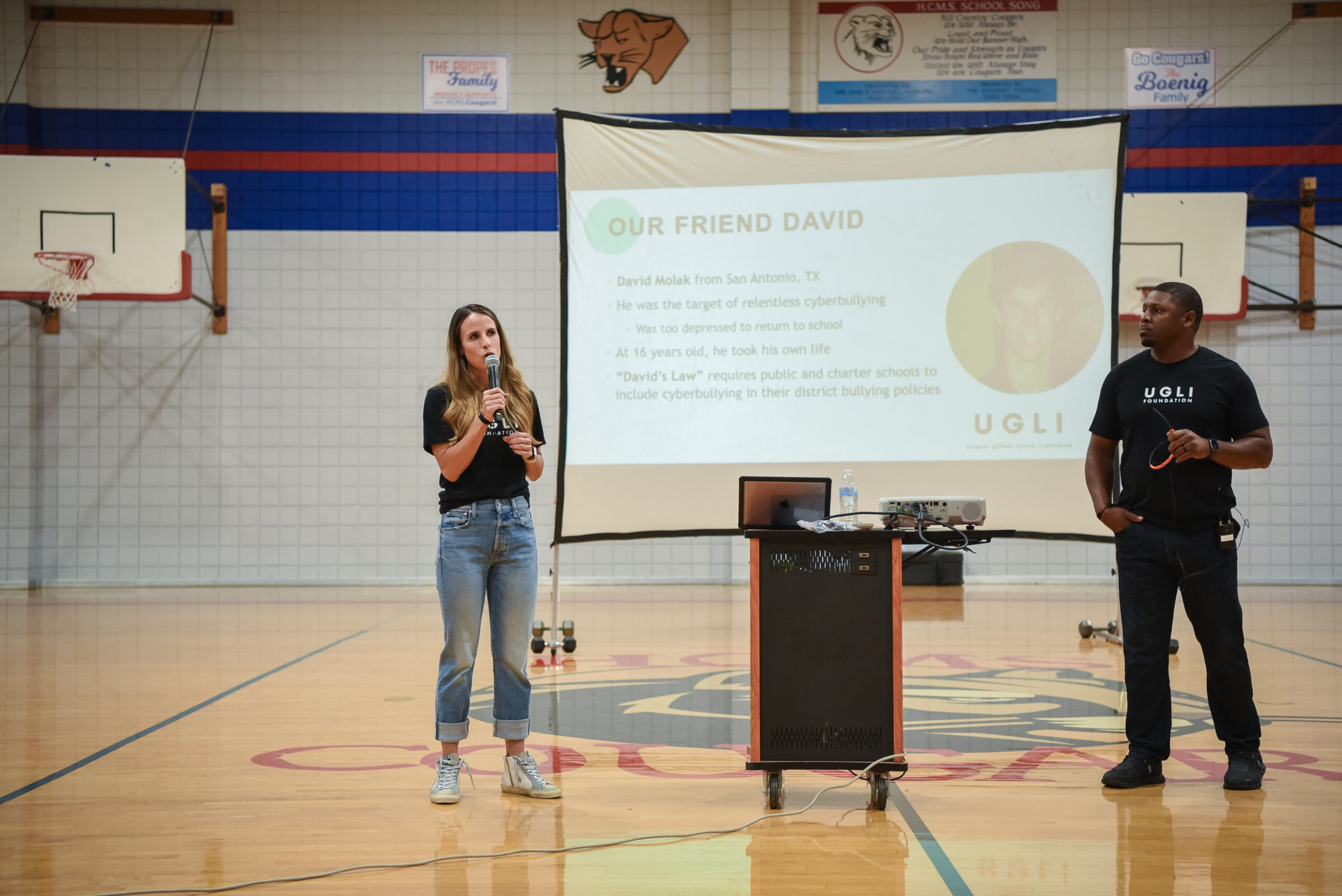 Bullies use the word ugly to demean and bring people down, intending to hurt or bring down someone’s self-worth or ego.

That was until Angela Garcia came along and wanted to reclaim the word ugly and how we use it. In came the UGLI Foundation.

Very quickly, you can tell that the spelling of the UGLI Foundation is different. That was intentional, as Angela, the founder, wanted to make an acronym people could connect with while still taking power from the word.

The word stands for a Unique Gifted Loved Individual.

“Our goal is that people anywhere in the United States and hopefully eventually in many other countries, see that word and are reminded of kindness and love,” Angela tells Smiley News.

“It’s a reminder that we’re all individuals and we have differences but the best thing to do is to listen to each other and respect those differences.”

Angela took her life experiences as inspiration for the foundation, highlighting her time bullied as an adolescent.

“I think after I had children, I realized that something needs to be done about this,” she says. “I thought starting a foundation and raising awareness would be a great thing.

“Then as we got more and more into it, I realized with my background in television, and with some of the people that I know some of my best friends, including Quan Cosby [a former NFL Player] who goes around and speaks to kids with me.”

After working in an online capacity Angela felt the need to get on the ground and speak to kids about bullying and how badly it can affect people.

“We just decided no, we actually need to be getting out there and speaking to kids and speaking to adults to the administrators, the counselors at school, their parents, aunts, uncles, and it’s just kind of evolved and we have so many great programs that we’re doing.”

The primary program that Angela is referencing is their UGLI Chats, where schools and organizations can request that the UGLI Foundation come out and speak to students, teachers, and whoever else needs it about the impact of bullying and ways to uplift people.

“So, and again, I go and I speak with Quan Cosby and our goal with those chats is that Quan and I are best friends but we look really different. He is an African American male. I’m a Caucasian female. We have a lot of differences, we don’t agree on everything but we want the kids to see that, hey, we don’t agree on everything. We’re different. We’re unique, gifted, loved individuals, but here we are. We’re speaking to you together.”

Outside of the UGLI Chats, the foundation also helps empower student ambassadors to act as beacons of the work they’re trying to do. The ambassadors will wear clothes or bracelets or the like to show that they can serve as a safe place if someone just needs to talk.

Right now the UGLI Foundation has mostly served the Austin area in Texas, but is working on expanding to neighboring states. As they expand region they’re also looking to expand access, including looking at expanding the age range that they consider working with.

“I think the most important thing is, we just want to get awareness out there,” Angela says.

“I think that a lot of times people say ‘oh, the school is not doing anything’ and I think sometimes the school either doesn’t know or they are not equipped with the tools that they need, and that’s another thing that we’re working on.”